I arrived home yesterday afternoon from Chicago minus my carry-on luggage! Yep, carry-on! Go figure. I packed all my purchases from the International Quilt Festival in that bag as well as my hand embroidery projects and a couple of books. I fly Porter Airlines and wheeled carry-on luggage is tagged and placed in the baggage compartment at no extra cost. It is picked up just as you exit the plane. Normal sized pieces are sent to the carousel for pick-up. Apparently my tag came off. Did I mention that Porter stops at Ottawa and Halifax on the way to St. John's (milk run)? In Ottawa the bag was taken off but when no one claimed it, it was brought inside the plane to find the owner. Of course it was mine, so it was put back in the storage hole.

The same thing happened in Halifax except that no one came in the plane to ask about it and it was left there. What I can't figure is why it wasn't retagged in Ottawa! That would have been the logical thing to do. When I exited the plane here in St. John's, I must have looked a bit perplexed because the attendant called me by name to apologize for the mistake and that my carry-on was still in Halifax. Guess they knew someone blundered. I was guaranteed that it was in a secure location! I was concerned because all of my art / craft purchases were in that bag.

I got the luggage just after lunch today. And, yes, everything was intact. 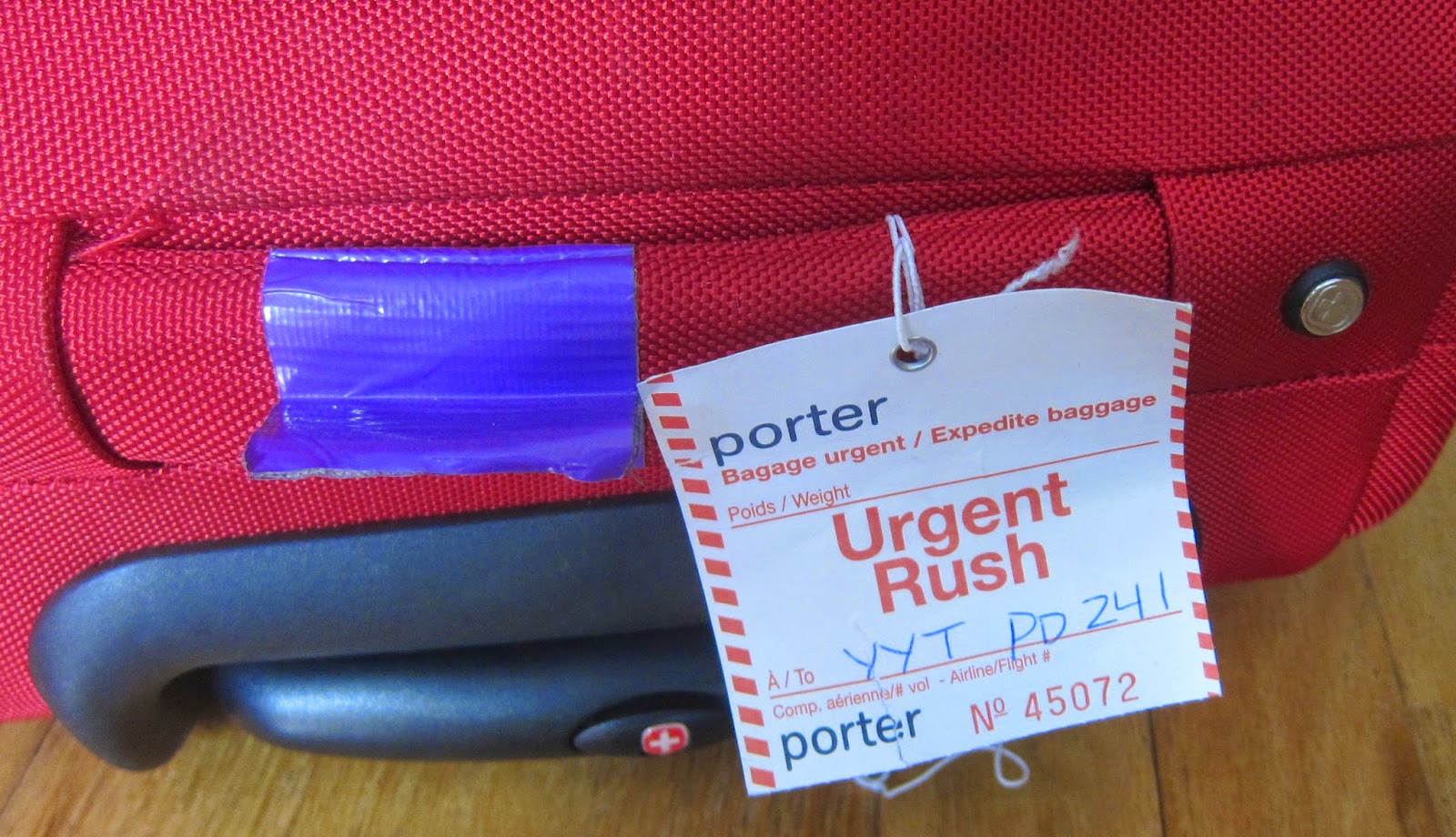 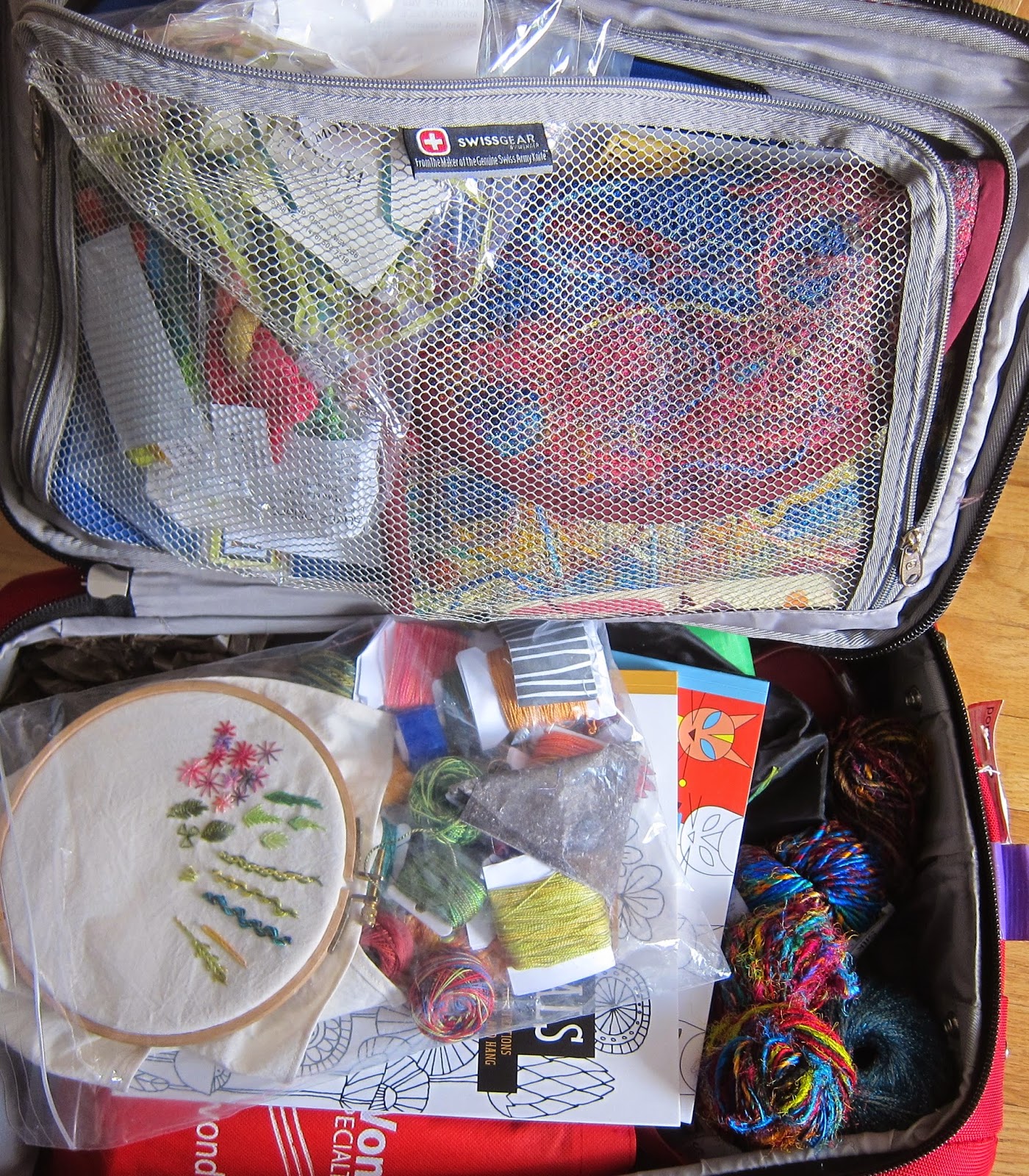