I haven't been doing much writing lately! Studio work has been keeping me rather busy. I figured it was time to show you some of my production work.The first photo is a piece of fantasy fabric before any stitching was done. The faint black line shown around the bits and pieces of yarn, shows the size of my embroidery machine hoop. In the next photo, the stitching has been completed. I used Sulky Sliver threads to topstitch as it gives a lovely sparkle to the fabric. I forgot to take a photo of the fabric all stitched out with row houses, but the pins below are the result.

A bit of history:
St. John's, the oldest city in North America, was discovered by John Cabot in 1497 and was later claimed as the first permanent settlement in North America for the British Empire by Sir Humphrey Gilbert. It is known for its colourful downtown Row Houses. The vivid colours lend lots of brightness on dull, foggy days (we get lots of those here!). 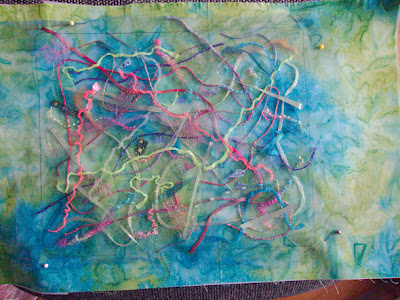 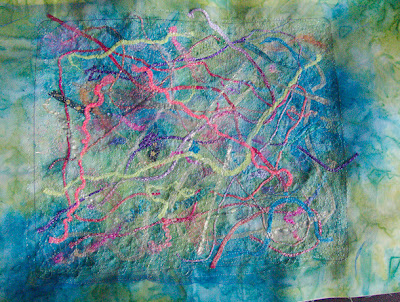 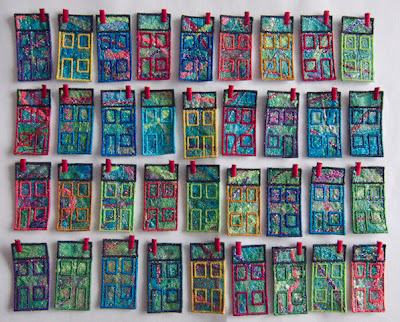 Posted by Judy Cooper Textile Images at 7:53:00 AM