The first week in Chicago the temperatures were in the high 90's. Several days it actually got into the three digits! It's was just too hot to do anything, especially if you aren't used to such extreme temperatures. Thank goodness for air conditioners. While travelling on Interstate 90, the sunsets were fantastic. It was difficult to take photos while speeding along the highway but here's a few shots - for inspiration - maybe!! The first photo was one evening and the other three were several nights later. Take a close look at the colours. 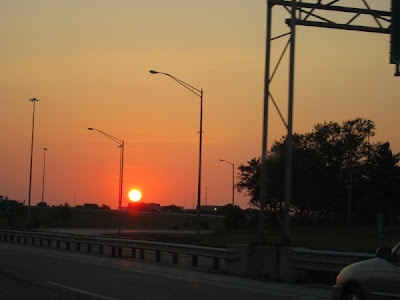 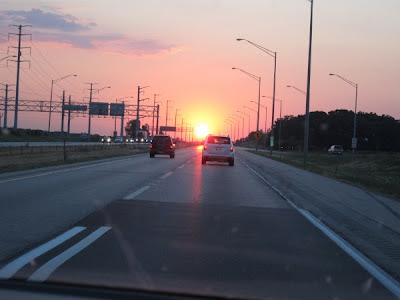 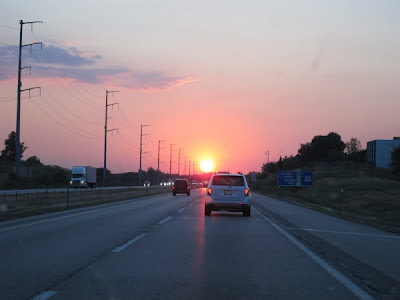 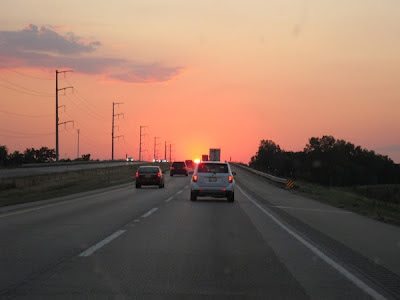 Now for some more inspiration:
Sunset, another HERE,
Sunset at the Hula Grill
Tropical Sunset
Ladies at Sunset