The program at the Eastern Edge Quilt Guild on Tuesday evening was called 'Little Treasures' by Carol Fletcher. This project was published in issue 20 of the Quilting Arts Magazine, 2005. 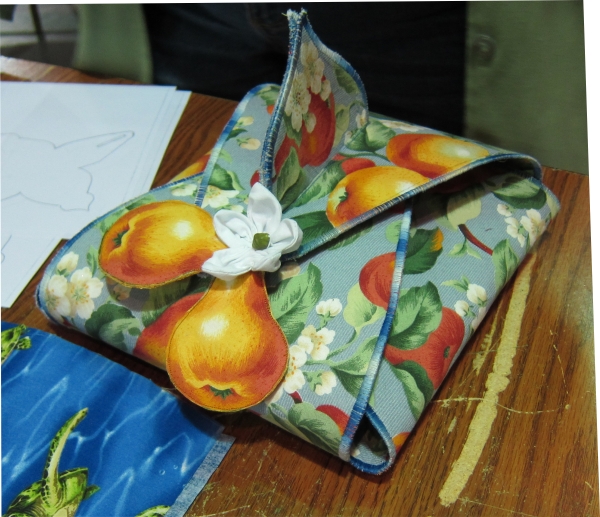 The pattern was enlarged to make a casserole carrier as shown in the first photo. Several sizes of 'Little Treasures' were on display during the evening. Some of them were embellished with dimensional flowers. 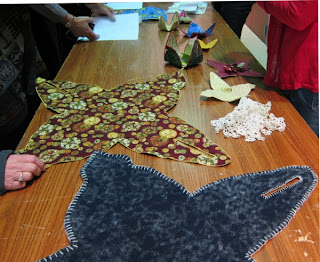 For some reason, Internet Explorer doesn't like the posts I do in Fire Fox! It has added an extra large photo of one of the Little Treasures. The post is shown correctly in the Fire Fox version. 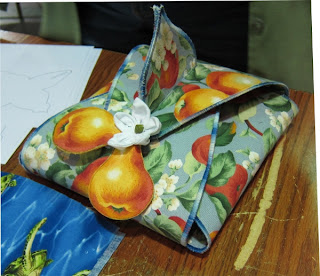 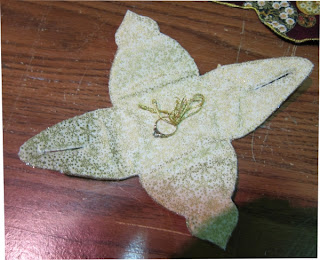